ERIK'S helped found the Minnesota High School Cycling League in 2012, both through sponsorship and volunteer hours. Two years later, in 2014, ERIK'S also helped found the Wisconsin High School Cycling League, again through sponsorship and volunteer hours. Our goal is to continue to help spread high school cycling in our communities. If you're in one of our states without a National Interscholastic Cycling Associate league and are interested in getting one started, reach out to us at events@eriksbikeshop.com. We'd love to talk and get more kids on bikes! 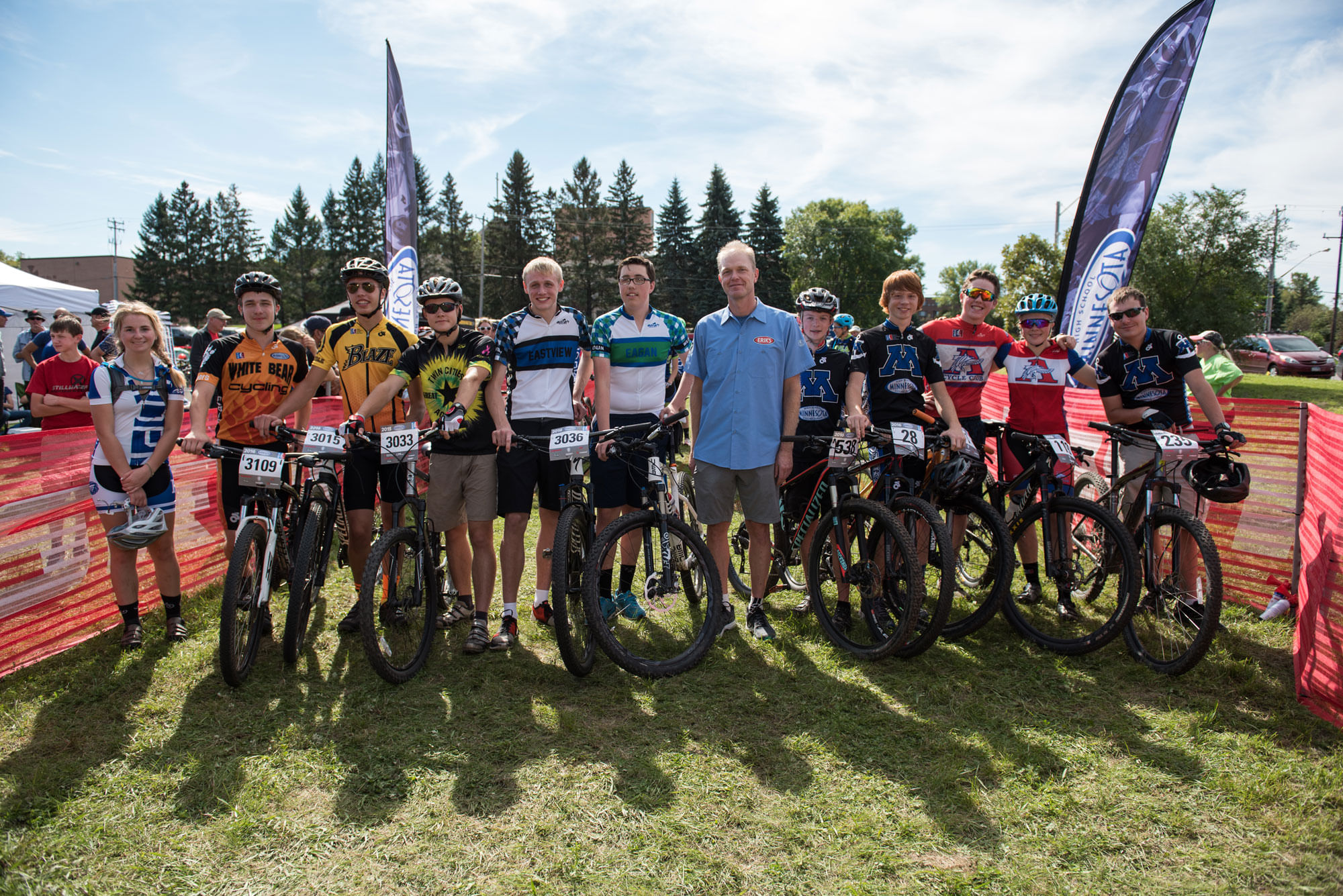 In 2008, ERIK'S helped to launch BikeMN and has been a sponsor ever since. In 2017, ERIK'S donated a trailer, 40 bikes, and helmets that travel throughout Minnesota for bicycle safety education. Also, ERIK'S service the bikes every spring to make sure they're ready for another year of fun and learning. ERIK'S also supports BikeMN by supporting employees who attend the annual Bike Summit on Capitol Hill.

ERIK'S supports CycleHealth, a kid-powered wellness initiative created to give kids the tools to create a new cycle of health in America. In addition to supporting CycleHealth financially, ERIK'S staff are on hand at all of their events. We provide mechanical support at their cycling related activities and are on hand at their other events to cheer kids on and lend a hand however we can.

ERIK'S supports local trail advocacy groups throughout the Midwest. These groups advocate for, build, and maintain the trails we all get to ride on. In addition to financial support, we believe it's just as important to get our hands dirty. That's why ERIK'S employees can be found at local trails, doing everything from building new singletrack, to clearing brush, to picking up trash. In fact, ERIK'S employees at as the trail managers for two of largest mountain bike projects in Kansas City, at Swope and Fleming Park.

ERIK'S provides support to charity rides, races, bike rodeos and unique cycling events throughout our markets. If you have an event near one of our stores you would like us to consider providing support to, please complete the following Event Support Application.

Please note, our event calendar fills up quickly. Submit your request no less than 60 days prior to your event. Event support requests can be submitted at any time throughout the year for consideration of events up to 12 months away.

ERIK'S provides in-kind financial support to organizations and events committed to cycling and wellness. Applications are reviewed on an on-going basis. Please note, requests of over $500 may take 2-3 months to be reviewed. Review the Eligibility Requirements prior to submitting your request.

ERIK'S Community Giving Fund provides small incentive prizes for raffles, door prizes and giveaways to many qualifying organizations. This fund primarily provides donations in the form of ERIK'S Gift Cards. Examples of organizations who qualify for these donations include, but are not limited to:

ERIK'S Grant Program has helped to fund many great organizations and events with a dramatic result on our local cycling communities. If you are interested in applying for a grant through ERIK'S please include detailed information about your cause and any details about the program or project an awarded grant will help complete. Examples of past Grant Awardees are:

All eligible grant and donation requests must be for a community program or event that meets at least two of the following criteria:

ERIK'S does not award grants or donations to:

If you have any questions concerning these programs, please email us at donations@eriksbikeshop.com.